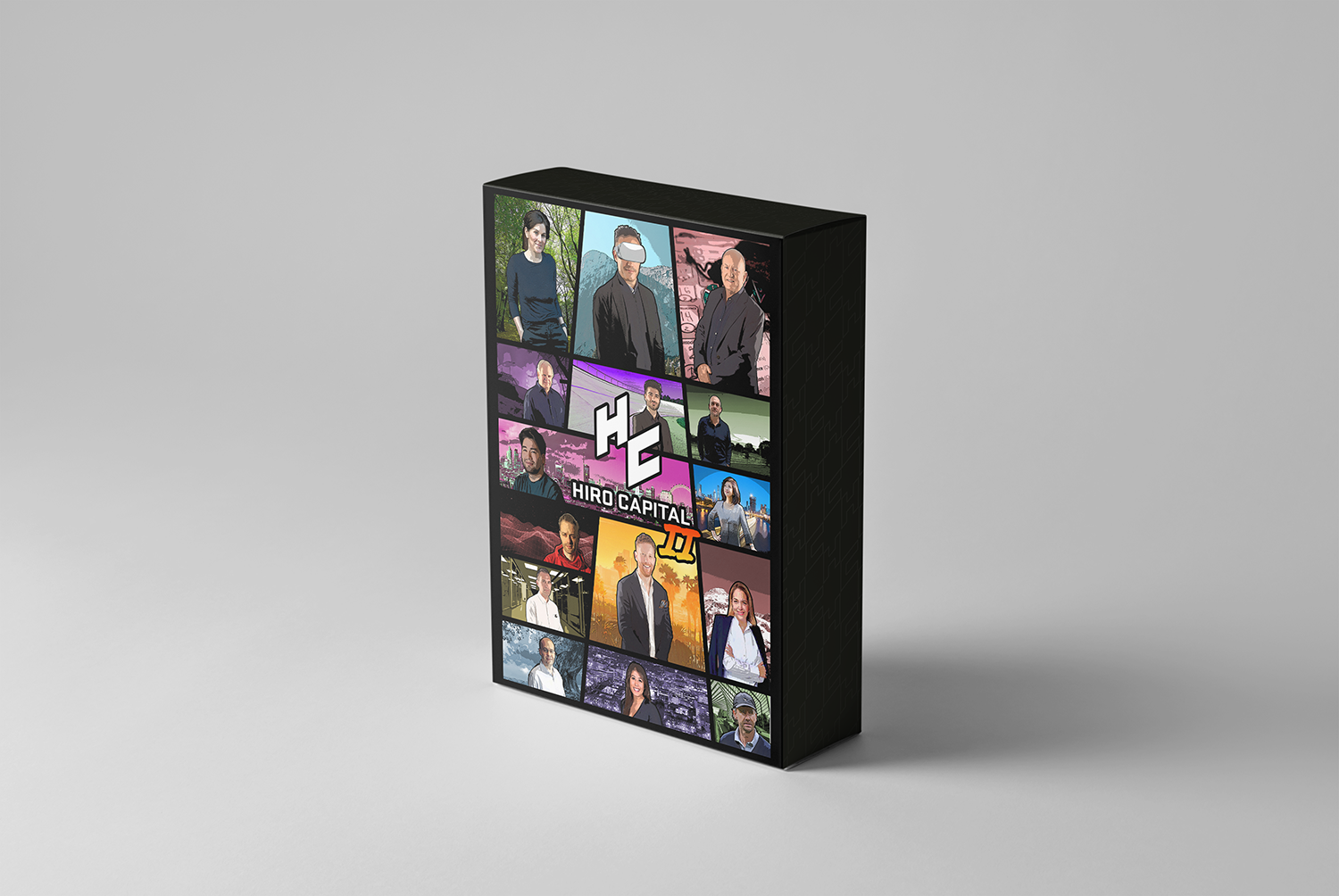 “At Hiro, we believe that Games and Metaverse technologies will be at the heart of the next generation of human communities. As creator entrepreneurs, we back early stage innovators who are building these exciting digital futures” Luke Alvarez, Founding General Partner

Hiro’s new fund invests in entrepreneurial teams at Seed, A and B across the UK, Europe and North America (and selectively ROW), building innovative and disruptive leaders in Games, Esports, Creator Platforms and Gamified Fitness.

Founded in 2018, Hiro’s name was inspired by Hiro Protagonist, the sword-wielding, Metaverse-hacking samurai hero of Neil Stephenson’s seminal Snowcrash, a novel about video games, VR, digital assets and the neocortex. Since launch, Hiro has been investing in sci-fi, story-telling IPs and the deep future of games and metaverse technology. Hiro believes strongly in Games as a force for good.

Building on the momentum of Fund I

Between 2019 and 2022, Hiro has made 21 Series A and B Games and Metaverse investments across the UK, EU and USA. The Hiro 1 portfolio is now c.80% invested and is performing strongly, across fast-growing investments such as Polyarc (Seattle) , FitXR (London), FRVR (Lisbon), Keen Games (Frankfurt), Snowprint (Stockholm), LOCO (India) and LIV (Prague). Hiro Capital also co-led a $22m investor consortium alongside Blackrock and Westerly Winds, as part of a Series C round in London-based gamified femtech star Elvie. Hiro’s investors included some of the world’s largest games and technology companies.

“We have been believers in the Metaverse since we created the fund in 2018. Our goal with Hiro is to bring founder-focused venture funding to Games studios and Metaverse technology creators. In 2022 we are at a pivotal moment in the very early phases of the Metaverse, VR, AR and Web3 — these revolutions will take at least a decade and much of the creativity and technology innovation will start in Games. As a team, we have the experience and networks to support the incredible talent that we find across Europe, the UK and beyond. Our new fund gives us more firepower to find and develop emerging stars and level them up to global scale.” Luke Alvarez

In Jan 2022, Hiro Capital 1 became the lead sponsor in a new acquisition vehicle focused on the Videogaming and Metaverse sectors. Hiro Metaverse Acquisitions 1 began trading on the LSE on Feb 7th, only the second ever SPAC to list in London. Hiro MA1 raised £115m (c.$150m) to target Games and Metaverse acquisitions in the $600m-$2.25bn range.

Investing in Games and the Metaverse

With Hiro Capital 1, Hiro Capital II and Hiro MA1, Hiro’s AUM total c.$650m, entirely focused on Games and Metaverse innovators in the UK, Europe and beyond.

Partners with deep knowledge of gaming

Hiro General Partner Sir Ian Livingstone is the co-founder and former chairman of Eidos plc (Lara Croft:Tomb Raider), co-founder of Games Workshop (Warhammer) and co-author of the Fighting Fantasy gamebook series. Sir Ian was also an early investor and chairman of Playdemic (sold to EA for $1.4bn in 2021), Tonic Games (sold to Epic in 2021) and Sumo plc (sold to Tencent for $1.3bn in 2022). Ian is also the founder of the Livingstone Academy, a creative, games and compsci focused UK Academy school. Sir Ian is passionate about games and technology playing a key role in educating the next generations of kids.

Get in touch here

Page load link
We use cookies on our website to give you the most relevant experience by remembering your preferences and repeat visits. By clicking “Accept”, you consent to the use of ALL the cookies.
Do not sell my personal information.
Cookie SettingsAccept
Manage consent

This website uses cookies to improve your experience while you navigate through the website. Out of these, the cookies that are categorized as necessary are stored on your browser as they are essential for the working of basic functionalities of the website. We also use third-party cookies that help us analyze and understand how you use this website. These cookies will be stored in your browser only with your consent. You also have the option to opt-out of these cookies. But opting out of some of these cookies may affect your browsing experience.
Necessary Always Enabled
Necessary cookies are absolutely essential for the website to function properly. These cookies ensure basic functionalities and security features of the website, anonymously.
Functional
Functional cookies help to perform certain functionalities like sharing the content of the website on social media platforms, collect feedbacks, and other third-party features.
Performance
Performance cookies are used to understand and analyze the key performance indexes of the website which helps in delivering a better user experience for the visitors.
Analytics
Analytical cookies are used to understand how visitors interact with the website. These cookies help provide information on metrics the number of visitors, bounce rate, traffic source, etc.
Advertisement
Advertisement cookies are used to provide visitors with relevant ads and marketing campaigns. These cookies track visitors across websites and collect information to provide customized ads.
Others
Other uncategorized cookies are those that are being analyzed and have not been classified into a category as yet.
SAVE & ACCEPT
Go to Top